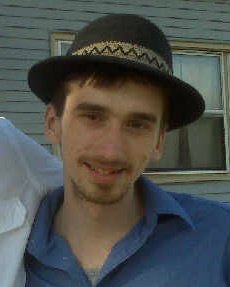 Woke up today with some weed still left.  Smoked it and got pretty lazy.  My agent made a surprise visit while I was still half stoned!!  I guess I had a decent visit because I didn’t end up getting arrested or field any questions out of the ordinary.

Other than that, it was a pretty normal day. I’m writing this late, so it’s kind of thin from my memories.

(His agent, uhmmm, ya… Question to the readers: Why do people on probation for drug charges get an agent? Why do people on probation pay fines and probation costs? Basic capitalism would demand an exchange of goods or services, correct? Not so. I still haven’t figured out why Matt had to pay every month to be on probation. I still can’t figure out what his P.O. did. Now, this may be out of the ordinary, however, I suspect not for Oshkosh. You see, Matt’s P.O. officer knew Matt was stoned. Matt called me after the visit and told me that the whole house reeked of pot and that he was obviously stoned. He also had obvious tracks on his arm as he had no time to prepare for the visit with a long sleeve shirt. So, why didn’t she do anything? Matt was stunned, happily, but still stunned. I was unaware that he was using IV drugs and was stunned that she didn’t bust him for pot. Oddly, this was the first time he told me he was smoking pot in Oshkosh, so I was doubly stunned. I didn’t know if I should be relieved he wasn’t put in jail or pissed that he was using pot. He was just so jubilant that he “had the coolest P.O. in the world” that he just had to share this with mom. I didn’t think it was very cool at all. So, I started asking more questions about this supposed court ordered watch-dog.

Here are some facts: His P.O. was younger than he was (22 yrs. old), she was not a former police officer, she was not a former drug user, and she was overwhelmed with paper work. If she had written Matt up, as she knew full well he was using, she would have had to fill out more paper work. She was being paid by this man, who just got out of jail a year earlier, to satisfy a court order. All she cared about was if he would have gotten arrested again.

One time he did get arrested, no actually twice. Once he was bitten by a dog and at the hospital was taken into custody because he didn’t pay one of his fines. King Kong Butt, his P.O. didn’t pass on that information to Matt, even though he had seen her just that week. The fines that landed him in jail were three months overdue. The second time Matt was found unresponsive in a city park, almost died in the ambulance, and was put in jail after being stabilized. This was one month before his death. Well, his P.O. was on vacation for 5 days and could not be reached, so Matt just sat there. I finally got a hold of another county probation worker and explained that my son had an addiction problem and needed help; I explained that he had been placed in the county jail and was being held until his P.O. could be reached, and “your name was given to me. Could you please get my son out of jail and put him in a drug program?”  Fat Lady at the Circus Butt, she went to the jail and apologized to Matt for the delay while turning the key to his cell. Yup, she signed him out. I was not the only one to call and speak to her either. Other family members called and pleaded with her to have him placed in rehab. When I spoke to her after the release she assured me that he was just fine, only heat stroke, the doctors said he didn’t have a problem and his collapse was not due to drugs.

Well, after his death I was able to get his hospital records, the ones with all the doctors notes and recommendations. The doctors clearly stated that Matt had severe addictions and gave him medications so that he would not have adverse effects from withdrawal. It did however state that his collapse was not due to drugs as far as anyone could tell; it rather looked like heat stroke. The heat stroke was complicated by all the legal prescriptions he had for narcotics. As he had just filled a script for vicodin, and many of his vicodin were gone, the doctors were very suspect of his use.

Matt told me all the above and the doctors’ notes supported this. Seems that after Matt passed out someone took most of his valium from his pocket. Matt told the police this and his blood tests supported this as not that much valium was in his blood. So, seems one of his connections almost killed him for a few pills.

Big question isn’t why Matt was hanging out with drug dealers that leave people for dead. Question is why did Matt pay for probabtion? I wonder how many other people out there had to pay for probation and received absolutely nothing. Matt’s mom)